A Matter of Death and Life – Irvin Yalom

We are very excited to have Irvin Yalom join is for this 2-hour workshop which is an introduction to the new book titled “A Matter of Death and Life”.

The first hour will be a conversation between Irvin and John about the book. The second hour will be an opportunity for participants to put their questions to Irvin using either the chat room or by unmuting their microphone and talking directly with Irvin.

To support practitioners in this time of extraordinary circumstances we are offering access to this group for a self-select fee.

The self-select fee is a radical inclusion policy to open learning for all colleagues. The guide price for this event is £20.00, however, we appreciate that income varies greatly in different locations and circumstances. Please contribute what you can to help us maintain inclusive professional training. 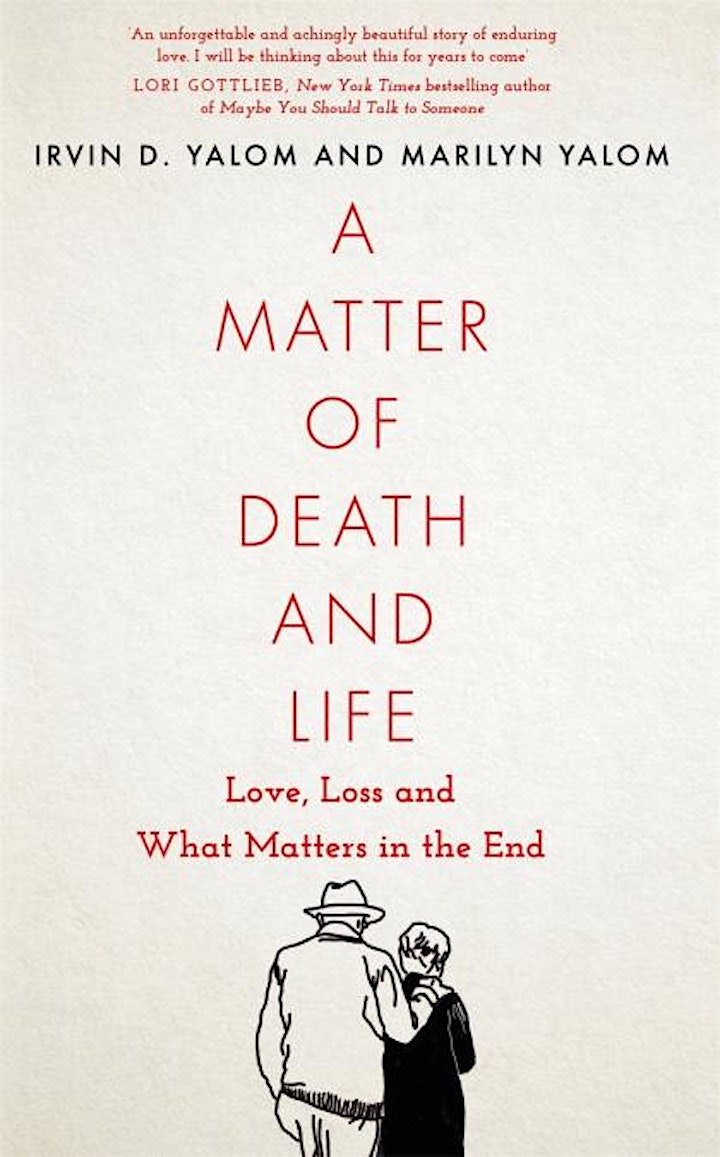 Internationally renowned psychiatrist and author Irvin Yalom has devoted his career to counselling those suffering from anxiety and grief. But never had he faced the need to counsel himself until his wife, esteemed feminist author Marilyn Yalom, was diagnosed with cancer. In A MATTER OF DEATH AND LIFE, Marilyn and Irvin share how they took on profound new struggles: Marilyn to die a good death, Irvin to live on without her.

In alternating accounts of their last months together and Irvin’s first months alone, they offer us a rare window into coping with death and the loss of one’s beloved. The Yaloms had rare blessings – a loving family, a beautiful home, a large circle of friends, avid readers around the world, and a long, fulfilling marriage – but they faced death as we all do. With the candour and wisdom of those who have thought deeply and loved well, they investigate universal questions of intimacy, love, and grief.

Informed by two lifetimes of experience, A MATTER OF DEATH AND LIFE offers poignant insights and solace to all those seeking to fight despair in the face of death, so that they can live meaningfully. 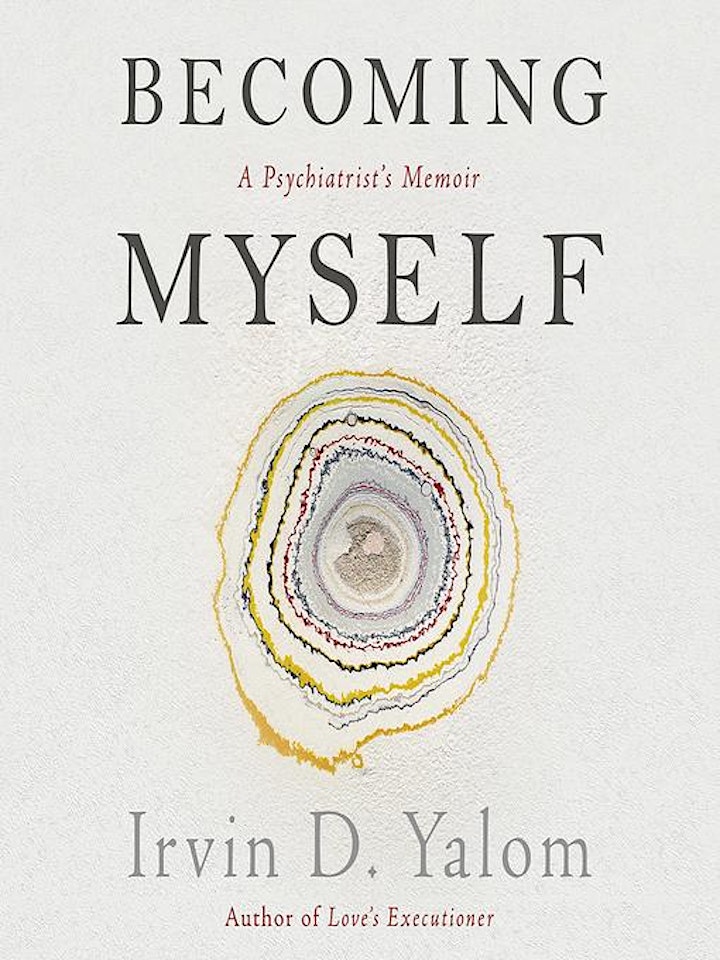 Irvin D. Yalom has made a career of investigating the lives of others. In this profound memoir, he turns his writing and his therapeutic eye on himself. He opens his story with a nightmare: He is twelve and is riding his bike past the home of an acne-scarred girl. Like every morning, he calls out, hoping to befriend her, “Hello Measles!” But in his dream, the girl’s father makes Yalom understand that his daily greeting had hurt her. For Yalom, this was the birth of empathy; he would not forget the lesson. As Becoming Myself unfolds, we see the birth of the insightful thinker whose books have been a beacon to so many. This is not simply a man’s life story, Yalom’s reflections on his life and development are an invitation for us to reflect on the origins of our own selves and the meanings of our lives. 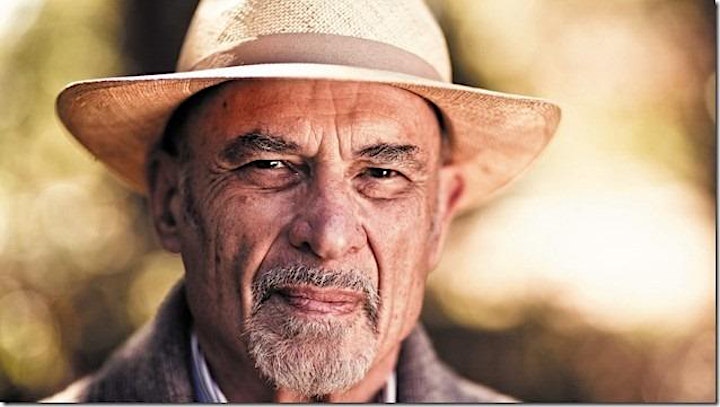 I was born in Washington, D.C., June 13, 1931, of parents who immigrated from Russia (from a small village named Celtz near the Polish border) shortly after the first world war. Home was the inner city of Washington—a small apartment atop my parents’ grocery store on First and Seaton Street. During my childhood, Washington was a segregated city, and I lived in the midst of a poor, black neighborhood. Life on the streets was often perilous. Indoor reading was my refuge and, twice a week, I made the hazardous bicycle trek to the central library at seventh and K streets to stock up on supplies.

No counseling or direction was available: my parents had virtually no secular education, never read books and were entirely consumed in the struggle for economic survival. My book choices were capricious, directed in part by the library architecture; the large, centrally placed bookcase on biography caught my attention early, and I spent an entire year going through that bookcase from A (John Adams) to Z (Zoroaster). But it was mainly in fiction where I found a refuge, an alternate, more satisfying world, a source of inspiration and wisdom. Sometime early in life I developed the notion—one which I have never relinquished—that writing a novel is the very finest thing a person can do.

To the ghetto mentality of my day, career choices for young men were limited or perceived as limited. All of my peers either went into medical school or into business with their fathers. Medical school seemed closer to Tolstoy and Dostoevsky, and I entered upon my medical training already having decided to go into psychiatry. Psychiatry proved (and proves to this day) endlessly intriguing, and I have approached all of my patients with a sense of wonderment at the story that will unfold. I believe that a different therapy must be constructed for each patient because each has a unique story. As the years pass, this attitude moves me farther and farther from the center of professional psychiatry, which is now so fiercely driven by economic forces in precisely opposite directions—namely accurate de-individualizing (symptom-based) diagnosis and uniform, protocol-driven, brief therapy for all.

My first writings were scientific contributions to professional journals. My first book, The Theory and Practice of Group Psychotherapy has been widely used (seven hundred thousand copies) as a text for training therapists. It has been translated into twelve languages and is now in its sixth edition. Instructors praise my group therapy text because it is based on the best available empirical evidence. I suspect, however, that it owes some of its success to story-telling—to a stream of brief human vignettes running throughout the text. For twenty years I have heard students tell me that it reads like a novel.

Other texts followed—Existential Psychotherapy (a textbook for a course that did not exist at the time), Inpatient Group Psychotherapy (a guide to leading groups in the inpatient psychiatric ward). Encounter Groups: First Facts, a research monograph that is out of print. Then, in an effort to teach aspects of Existential Therapy I turned to a literary conveyance and in the past several years have written a book of therapy tales (Love’s Executioner, Momma and the Meaning of Life – a collection of true and fictionalized tales of therapy) and three teaching novels (When Nietzsche Wept, Lying on the Couch, and The Schopenhauer Cure).

Though these books have been best sellers to a general audience and have been reviewed often—both favorably and unfavorably—on their literary merit (When Nietzsche Wept won the Commonwealth Gold Medal for best fiction of 1993 and in 2009 was honored by the Vienna Book fair and one hundred thousand free copies distributed to the citizens of Vienna), I intended them as pedagogical works—books of teaching stories and a new genre—the teaching novel. They have been widely translated—each into about fifteen to twenty languages—and have had considerable distribution abroad. When Nietzsche Wept, for example, was on the top of the Israeli best seller list for over four years. An anthology, The Yalom Reader, was published by Basic books at the end of 1997. In addition to key excerpts from each of my other books it contains several new personal essays which provide introductions for mental health professionals to Love’s Executioner, When Nietzsche Wept and Lying on the Couch. A short story about the Hungarian Holocaust, I’m calling the Police, has been published as a book in several languages (German, Turkish, Spanish, Portuguese, Dutch).

My wife, Marilyn, received a Ph. D. in comparative literature (French and German) from Johns Hopkins and has had a highly successful career as a university professor and writer. Her many works include Blood Sisters, A History of the Breast, History of the Wife, The Birth of The Chess Queen and (together with my son Reid Yalom) The American Resting Place. My four children, all living in the San Francisco Bay area, have chosen a variety of careers— medicine, photography, creative writing, theater directing, clinical psychology. Eight grandchildren and counting…

Add upcoming livestreams to your personal Watch List, making livestreams as easy to experience as watching TV shows and movies on your favorite streaming service.

Receive email reminders that the livestreams in your Watch List are about to start and never miss your favorite livestreams again.

Quickly and easily add a livestream to OnNow.tv

Share your livestream page with your fans and followers so they can add it to their Watch List and receive reminders.

Your fans get email reminders right before your livestream starts, sending you more viewers.

Please confirm you want to block this member.

You will no longer be able to:

Please allow a few minutes for this process to complete.